Setting a limit of Team Members and GB per team

Written by Brett
Updated over a week ago

When one of your team exceeds its limit, both admins and team managers will get notified via the banner on Frame.io and an email.

For example, if someone on the team uploads a large file that pushes past the team's storage limit or more team members have been added past the limit,  it will trigger a banner across the top of the team manager's and admin's screens and also an email notification letting them know the limit has been reached.

Only admins have the ability to update or disable limits. Team managers can reduce their storage or team members to remove the bar.

While creating a new team, two tabs will appear below the Team Name: Privacy and Allocation. By default, the limit is not enabled.

Once you enable it, you will see the screen below: 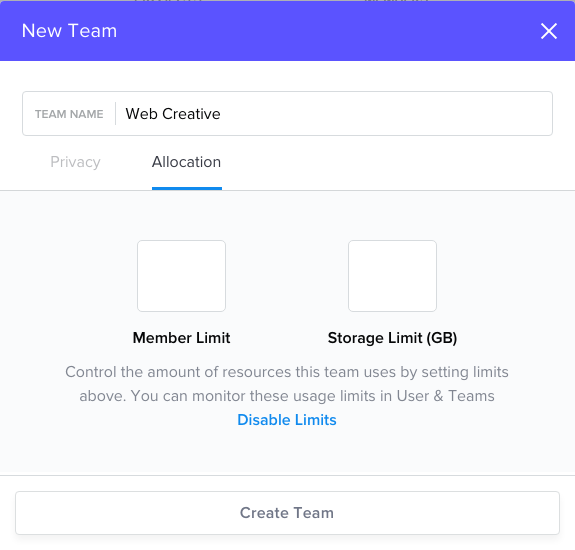 Enter the number of team members and GBs you want to limit this team. Then click Create Team.

To update the allocations on an existing team, click the Teams tab and then select the three-dot to edit the team settings. Then you will have access to adjust the team allocations.

Did this answer your question?